We're In The News!

‘Getting Creative with Coffee’

There’s ‘coffee’, and then there’s ‘creative coffee’. Even before you meet Pete Atmore, when your only evidence of him is his business card, you’re aware that here is a man of the ‘creative coffee’ variety.

The clue is in the name of the company, ‘coffee 1652’. I’m a bit of a wannabe coffee nerd so I recognised the allusion in the use of 1652. That’s when the first coffee house in England opened, in St. Michael’s Alley, Cornhill, in the City of London. That’s smart, that’s clever; that appeals to my sense of humour and it demonstrates to me that creating something new, blazing a trail, is high on the company’s agenda.

It’s only when our interview is over that I bring up the connotations of the company name. Pete, urbane as ever, compliments me on getting the gag. Had I failed to mention it, the subject wouldn’t have arisen. He’s not the sort of bloke to take the ‘look-at-us-aren’t-we-clever?’; cheap-shot approach. It’s a fitting end to our chat, because it reflects the whole timbre of Pete Atmore’s approach to the business of ‘creative coffee’.

We had arranged to meet to discuss the development of the exclusive ‘Shuka’ coffee brand, for Chester Zoo. Since its introduction of Shuka, at Easter 2011, the UK’s leading animal attraction has seen a huge hike in coffee sales across its estate. The question I want to ask is so impertinent that I swallow it back: ‘how on earth does a company from St.Helen’s take on the big guns of coffee and beat them to a blue-chip client?’ My face must give my thoughts away, because Pete doesn’t need words to understand the question.
‘We’d just completed a coffee supply agreement with Chester Race Course and I was chatting to the Executive Chef there when he happened to mention that his opposite number at Chester Zoo was looking to organise another coffee supplier’, he said. ‘I knew it was very much ‘last minute’, so I got in touch straight away and I was told an appointment was about to be made, but that I was welcome to come in if I thought I could bring something new to the party.’

That was quite a challenge. Two international coffee brands were already on site; however, coffee 1652 stepped up to the plate brandishing a Big Idea and smashed the others out of the park.

‘Conservation and sustainability are at the core of everything Chester Zoo does’, Pete said. He’s right; on its web site, Chester Zoo states: ‘our mission is to be a major force in conserving biodiversity worldwide, and we do it through a combination of field conservation, research, conservation breeding, animal welfare, and education. Pete said, ‘I thought, ‘what if the coffee was an extension of the zoo’s commitment to sustainability?’
‘We have a relationship with a coffee plantation at Monte Sion in El Salvador’, Pete says. ‘The plantation is owned by a husband and wife team and what they’ve achieved there is an object lesson for plantations across the world. The workers there have reasonable housing, free vaccinations and access to health care. The family built a school for the village and they’ve undertaken to pay the tuition fees of undergraduates, so long as they commit to returning to the village, so that their newly-acquired skills can benefit the whole community.’
Pete saw the opportunity to create a coffee offer that was, in itself, the happy ending to a story about ethical, sustainable trading; from harvest, through RFA certification and monitoring, to the coffee bar, to the consumer. See Part Two for the next installment… 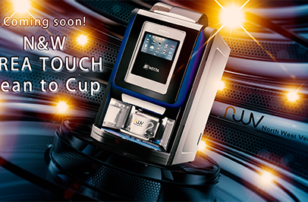